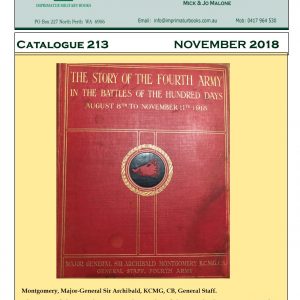 100th Anniversary of the Armistice

As we head into our second month of ‘remembrance’ (along with April), we prepare for the 100th anniversary of the end of the great carnage that was WW1. On 11 November 2018 we pause to remember those thousands of diggers who gave their lives in the cause of the British Empire. We lost around 60,000 KIA in this shambles but we proved to the world that Australians could fight and fight to the end. And then, within 20 years, the ‘big fight’ was looming, this time for the very existence of our culture. Unbelievably, we were totally unprepared for war. In 1939, when the 2nd AIF was being formed and hurriedly, our soldiers were issued with ‘war stock’ equipment much of which were of the type issued in WW1. But we again handled it with aplomb. The 6th, 7th, 8th and 9th Divisions were formed. The 6th and 7th headed for North Africa whilst the 8th went to Singapore and were captured after a brief struggle spending the war as POWs. I’ve always thought ‘poor buggers’. I still have a thing for General Percival to this day! So while we gird our loins for the 11th, we’ve just witnessed the remarkable INVICTUS GAMES. A concept thought up by Prince Harry and it was a rousing success. He and his beautiful bride were the toast of Sydney. Many tears were shed by us sports fans who marveled at the bravery, guts and determination and never-say-die attitude of many very sick and damaged servicemen and women. INVICTUS means ‘unconquered’ and this we saw writ large each day and night. This catalogue is again dedicated to those suffering still and those still deployed. Remember, ‘you are never alone’. Via con Dios         Mick & Jo